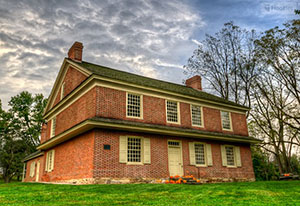 Although Coatesville Pennsylvania was founded by Moses Coates in 1787, the civic activities and business acumen of the Pennock family forged an everlasting bond, connecting the family to the growth, development, and success of Coatesville and the surrounding area. Throughout Coatesville, many of the historic markers and buildings are associated with the Pennock family.

The Pennocks trace their Coatesville roots to 1701, when Joseph Pennock settled a large tract of land in West Marlboro, just South of Coatesville. The land was granted from William Penn to George Collett, Joseph’s grandfather. Joseph inherited the land (thousands of acres) from his father, Christopher Pennock. He then went on to divide the acreage among his children, retaining 1250 acres for his Manor Home, known as Primitive Hall. Joseph was a generous individual, whose door was always open.  He was also a long-time member of the Pennsylvania Assembly, a Justice of the Peace, and an important figure in the province. Thus began the long history of the Pennock family and Coatesville Pennsylvania. 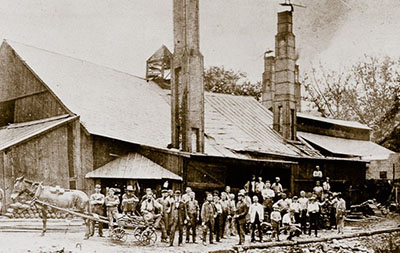 Brandywine Iron Works and Nail Factory (Federal Mill on Buck Run) the country and continues to operate today as Lukens Steel, the oldest steel mill in the United States. The mill was renamed Lukens steel following the death of Rebecca Pennock Lukens, who many considered the first woman of industry in the United States. She ran the mill from 1825 to 1849 and is credited with steadfastly guiding it through very turbulent and uncertain times. She not only saved the mill from the brink of closure, but was able to remodel and update the mill to meet the demanding needs of a growing industrialized nation. The family retained ownership of the mill until 1890, when it was incorporated as a stock company in the commonwealth of Pennsylvania.  After becoming a public company, the family remained in leadership roles at the mill well in to the 20th C. To this day, the mill serves as a cornerstone of the community.

Over its history, the mill has provided steel for countless well-known projects, to include: the Monitor (Civil War Ship), Mississippi river boats, Pennsylvania Railroad locomotives, US Navy warships & submarines, the Brooklyn Bridge, and the World Trade Center

Centurion Auctions is pleased to bring to market a diverse offering from the Pennock family Archives. The Pennock items span 150 years of family history and are included in the March 18th, 2015 Militaria & Firearms Auction.

Bidding on the Pennock Family items is open to everyone. Bidders are able to participate by floor, live telephone, absentee, and online bidding.  View, register and bid now on the lots related to the Pennocks. Please contact Centurion Auctions if you have questions or need further information on bidding.

Selling a collection of wartime memorabilia? Centurion Auctions is an industry leader in the appraisal, valuation, marketing, and sale of wartime collectibles and militaria. Contact Centurion for a complimentary sale consultation. Centurion specializes in militaria of all periods, types, countries, and conflicts. Our superior global militaria auction marketing and sales platform delivers powerful results and excellent value for our consignors. Submit your militaria sale inquiry today. We travel nationally to meet with clients and consult on militaria and firearm collections.

The collection includes items from the following family members: 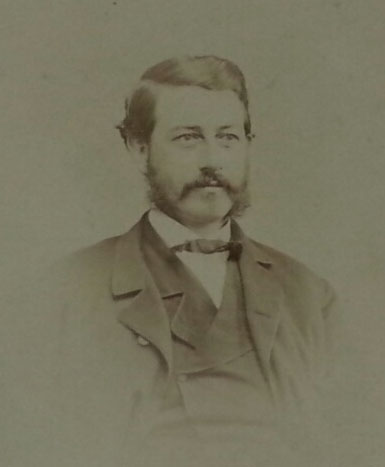 Musician in the 97th Pennsylvania Regiment. Wounded and returned home to Coatesville in 1862. After returning home he joined other civilians in providing support, supplies and services to Union forces fighting at Gettysburg. Mustered as a Corporal with Myer’s Independent Pennsylvania Civilian Cavalry in 1863. Following the war, Windle was active politically in the “iron town” of Coatesville, an inventor (patents on tools and beehives), and successful in the hardware business. Maternal Grandfather of Charles Adrian Pennock Sr. 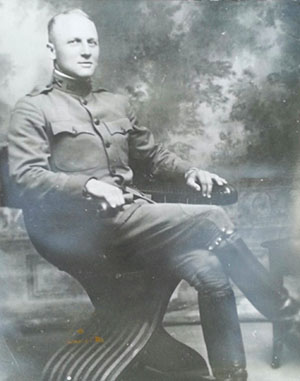 Graduated from the Philadelphia College of Pharmacy, class of 1915. First draft number chosen during the 1917 national draft (#258). Served with the 77th Horse Drawn Artillery in France. Received battlefield promotion to 1st Lieutenant in October of 1918. During the war he braved the shelled areas of the front in order to keep his artillery posted on movements of the infantry. Took part in the Army occupation of Germany.

A pioneer and innovator in the cosmetic industry with a career spanning more than 50 years. During his career, he served in many senior executive positions with Warner-Lambert. During the 1920’s he managed Richard Hudnut (owned by Warner) cosmetics salon at 20 Rue De La Paix, Paris FR. By 1932 he was president of Hudnut Sales Co. He also served as President of the Toilet Goods Association in 1948 and 1949, and remained on the Association's Executive Board throughout his career. 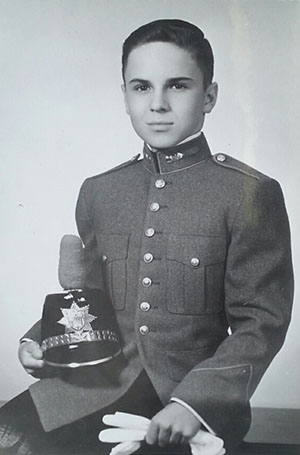