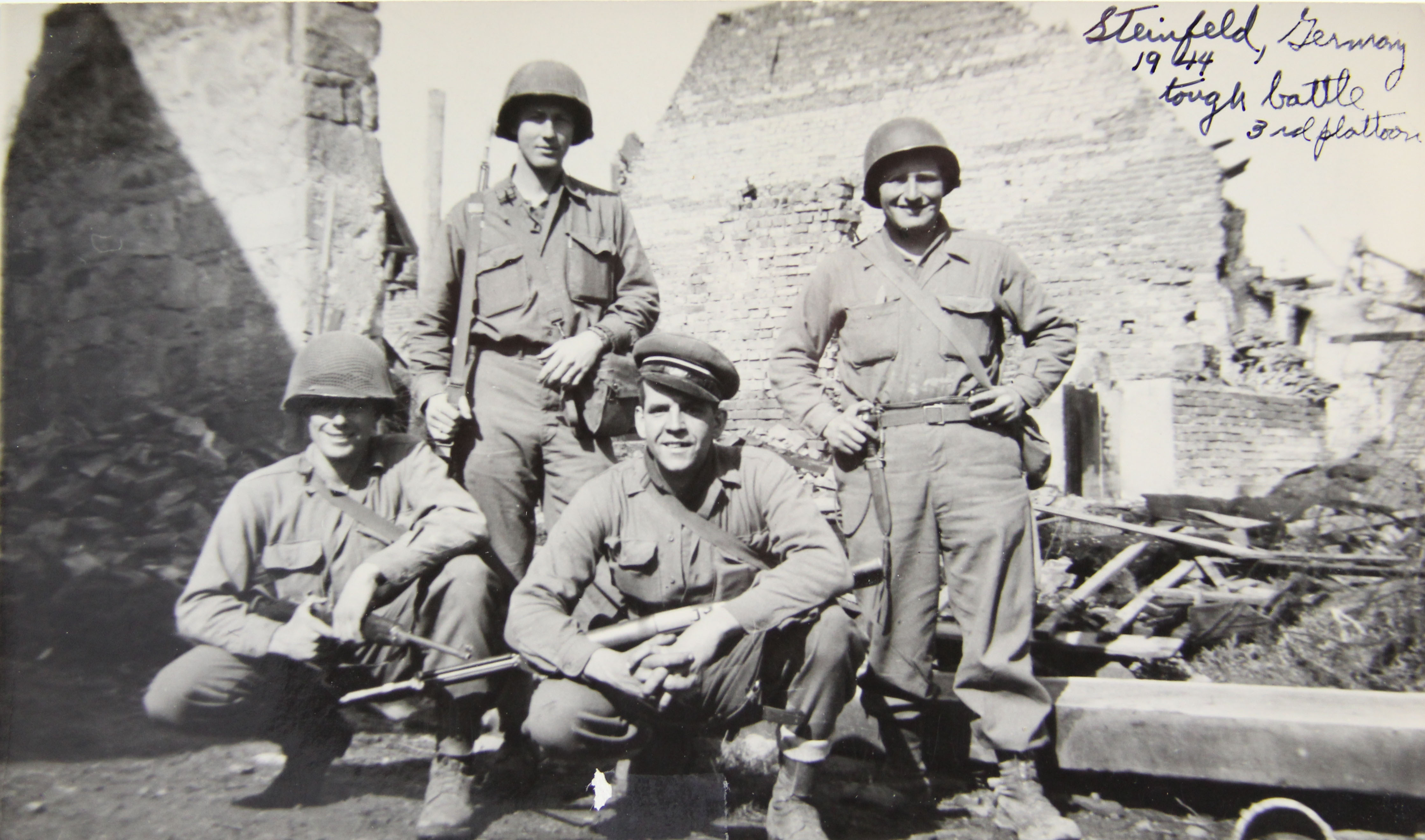 Collection of WWII Veteran Joseph R. Cirillo consisting of WWII memorabilia brought back by Cirillo from WWII will come to market in Centurion's March 18th, 2015 Militaria & Firearm Auction. Items in this collection were brought back by Cirillo following the War. The items are consigned by his family, who wish the items to go to collectors who will care for and preserve them for future generations.

About Joseph R. Cirillo, as written and shared by his Nephew, Stephen J. Cirillo:

Born in Upstate New York as a member of this nation’s Greatest Generation, Joe answered his country’s call to duty on July 2nd 1943, with his enlistment in the United States Army. Trained as a Rifleman, Military Occupation Specialty 745, he was issued an M1 Garand and assigned to B Company, 62nd Armored Infantry Battalion of the 14th Armored Division. Landing in Europe with the Division in fall of 1944, Joe fought his way across Southern France and in to Germany. Describing his combat service, official military documents include the following terse description: “Fired a rifle in destroying enemy personnel, supplies, and equipment. Assisted in capturing and holding enemy positions. Led patrols to get information from the enemy and find out the enemy strong positions. Also gave first aid to the wounded.” That Joe succeeded in carrying out his combat duties and this is reflected in the war record he achieved, which include being awarded the Bronze Star and Purple Heart. He also earned the Combat Infantryman badge.

The fighting endured by Joe and his brothers in Company B of the 62nd Armored Infantry Battalion was always violent and often lethal, with the Company suffering a number of Killed In Action and Wounded casualties. A particularly hard-fought engagement in which Joe saw action was the battle for the German towns of Hatten and Rittershoffen, fought in January of 1945. Of this encounter, General Jacob Devers of the United States Sixth Army said, “At Hattan and Rittershoffen the 14th Armored Division fought one of the greatest battles of the war.” Likewise, Col. Hans von Luck, who commanded the 21st Panzer Division at Hatten and Rittershoffen wrote in his memoirs "Panzer Commander" that the battle ".... was one of the hardest and most costly battles that had ever raged on the western front." These are strong, telling words from a professional German panzer officer who had fought with Rommel's famedAfrika Korpsin North Africa, served two tours of duty on the Eastern Front, and led the only armored counter-attack to be attempted against theAllied beachhead in Normandy.

And Joe himself would not escape the war unscathed – while fighting in the Siegfried Line engagement in March 1945 alongside one of his division’s mainstay weapons, an M4 Sherman medium tank, he was hit by German machine gun fire. The wound ended his combat service. By the time Joe recovered from his wounds, the war in Europe was drawing to a close, and Joe was discharged from the Army.

Returning to his beloved family home in the Finger Lakes of New York, he completed a long career with the United States Postal Service, while also obtaining a Bachelor of Arts degree from Syracuse University. A single man throughout his life, Joe was devoted to his family, particularly his many nieces and nephews, whom he loved dearly.

Although Joe, as was true of so many of the men who fought in World War II, seldom spoke of his experiences in battle, the record of these men is indelibly written in the blood of their sacrifice. To them, and to that Generation, we certainly owe so much. I am very proud to acknowledge the service to this country of my Uncle, PFC Joseph R. Cirillo.

(Centurion Auctions sincerely thanks Stephen for writing and sharing this biography of his Uncle.)

Centurion Auctions is honored to bring Joseph Cirillo's WWII items to market on behalf of the Cirillo Family. Bidding on the Cirillo Collection is open to everyone. Bidders are able to participate by floor, live telephone, absentee, and online bidding. View, register and bid now on the lots related to Joe Cirillo. Please contact Centurion Auctions or visit the March 18th 2015 auction page if you have questions or need further information on bidding.