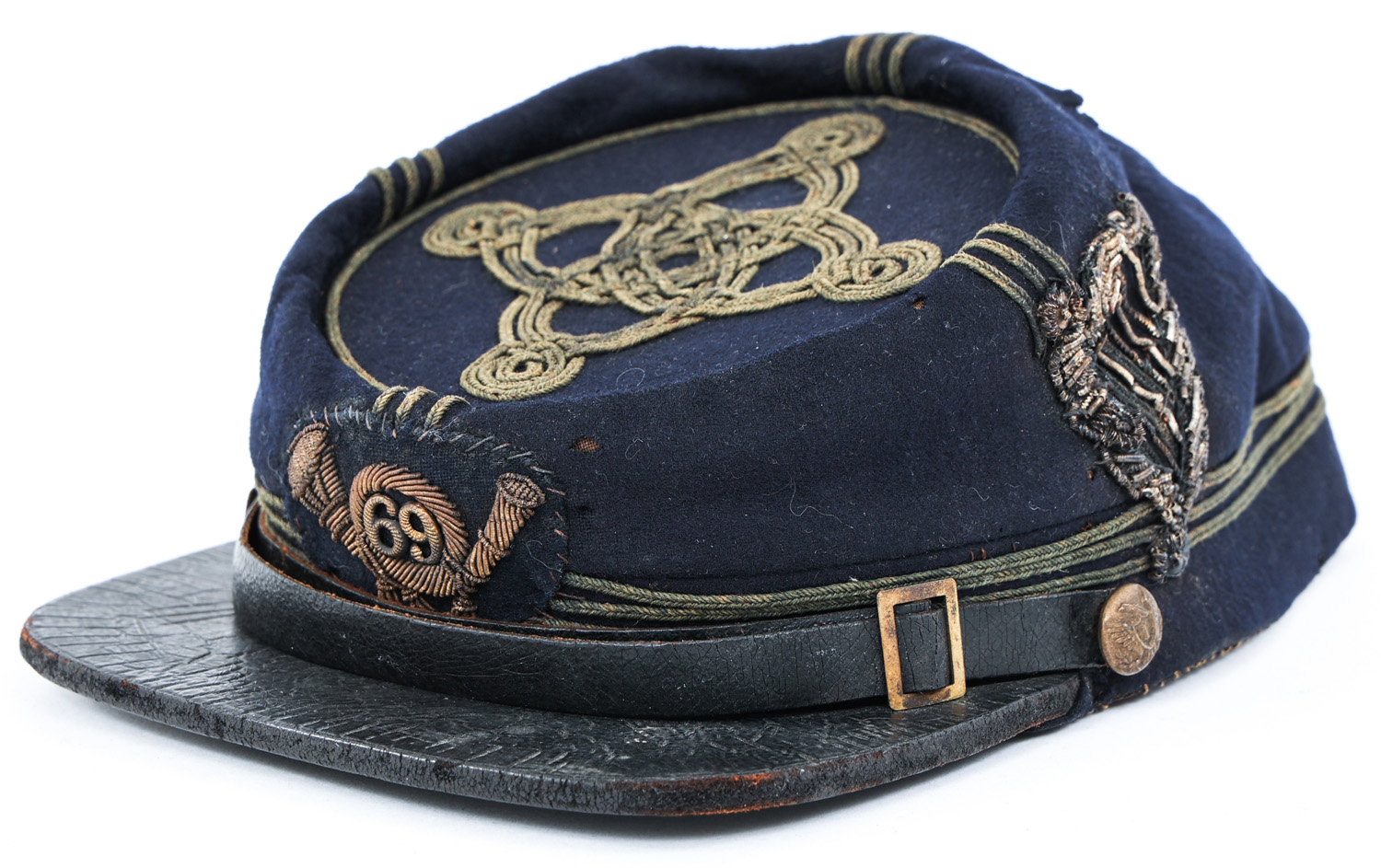 Having sold as lot 69531 of the October 2021 Wartime Military Memorabilia Auction.

The 69th fought in many major battles and experienced significant action during the Civil War, beginning with the Siege of Yorktown in April 1862 on through the surrender at Appomattox Court House in April 1865. The 69th lost the greatest number of men killed or wounded of any of the New York regiments. It ranks 6th in total loss among all the regiments in the Union army and 7th in percentage of loss to total enrollment. The total number enrolled was 1,513, of whom 261 died from wounds and 151 from other causes, 63 dying in prisons.

Provenance | Collection of Brigadier General Dr. Edward R. Burka (1930-2021): BG Burka was an avid collector of and expert on U.S. medical military insignia, uniforms, and instruments. Over his lifetime he assembled a comprehensive militaria collection. His collection included many extremely fine high-grade examples of 19th and 20th C. militaria. Items are consigned by the estate.