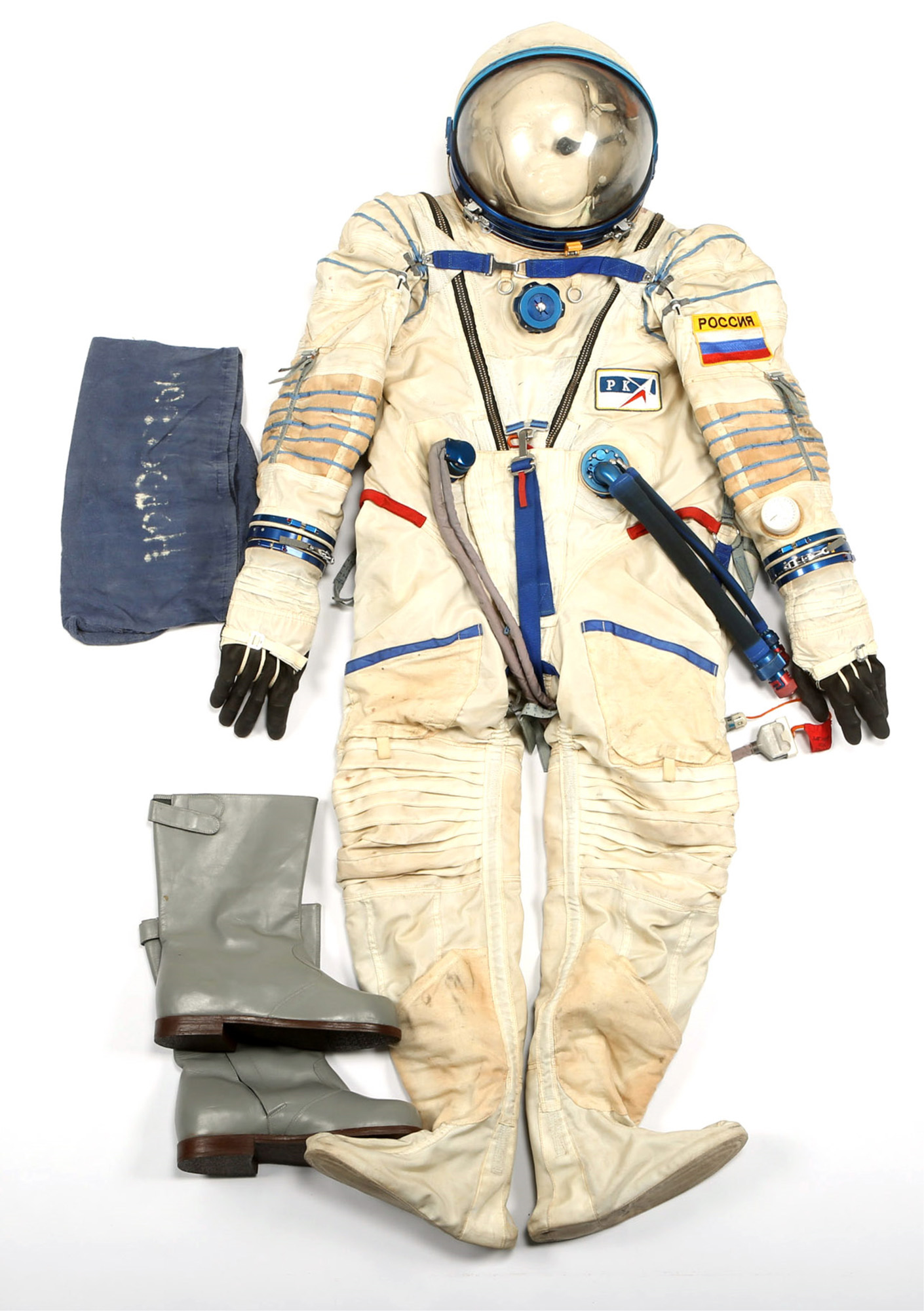 A 1997 Soyuz TM-26 flown cosmonaut spacesuit fetches $40,800 on the auction block at Centurion. The full-pressure flown spacesuit worn by cosmonaut Pavel Vinogradov during his EVA on MIR. Vinogradov was onboard MIR for more than 195 days and was there during its docking with STS-86 (Atlantis) and STS-89 (Endeavor) sold in the July militaria & wartime collectible market.

This flown cosmonaut spacesuit is an excellent example, complete with gloves (each marked 'VPV' for Vinogradov, Pavel Vladimirovich) as well as the internal pressure lining, hoses, a felt cover for the helmet suit and avionics communication flight helmet. There is a Russian Federation flag patch on the shoulder and a 'PK' (Russian Cosmonauts) patch on the chest.

Flown space memorabilia has become remarkably scarce in the market as of late. This suit is an example of an important piece of space exploration and history.

Vinogradov's mission was also written about in Dragonfly NASA and the Crisis Aboard Mir by Bryan Burrough (pages 407-507).

Selling Space Exploration or NASA Memorabilia? Contact Centurion for a complimentary evaluation. Centurion is well-versed in the evaluation, appraisal, marketing, and sale of space memorabilia, flown space artifacts, and NASA collectibles. Representatives travel nationwide to meet with clients, consult on collections, execute appraisal tasking, and to pick up & transport collections.