Only recently discovered, the extensive WWII War Trophy Firearm & Militaria Collection of Colonel Walter Buie has been stored away within the original boxes and trunks in which the items were shipped back by Buie from his WWII service in both the European and Pacific Theaters. In Europe, Buie was commanding officer of the 272d Infantry Regiment (“Battle Axe Regiment”) of the 69th Infantry Division. Shortly after V-E Day, Buie was transferred to Japan where he served as Chief of Staff for the 25th Infantry Division and was present for V-J Day.

The Buie collection is comprised of hundreds of pieces, acquired by Buie while stationed in Germany and Japan. The war trophies were then packed into trunks and wooden crates for shipment back to the States. When found, the items were still contained within the original trunks and crates. Opening each was an exciting discovery, akin to opening a time capsule where one did now know what historical artifacts await.

Centurion Auctions, auctioneers & appraisers specializing in wartime collectibles and firearms, have been commissioned to bring the Buie collection to market.

The military collectibles are included in the October 2020 Wartime Collectible Auction and include hundreds of items. Also included in the militaria session are personal items related to Buie and his military career. The online catalog for the October 17th Wartime Collectibles & Militaria Auction is posted and available for bidding. Once at the online catalog, search: "Buie" to filter and view only the firearms associated with the Buie collection.

Colonel Walter Daniel Buie (1900-1986) was born in Nashville, Georgia, and graduated from the United States Military Academy West Point in 1920. He served in various military positions in the United States and abroad for the next 24 years, and in 1941 was assigned as an instructor at Command and General Staff School at Fort Leavenworth, Kansas. In 1942 he was promoted to colonel. He became chief of staff for the 97th Infantry Division at Fort Leavenworth in 1943, and soon after was reassigned as chief of staff to the newly-activated XXIII Corps at Camp Bowie, Texas. On September 5, 1944, Buie was named regiment commanding officer of the 272d Infantry Regiment (“Battle Axe Regiment”) of the 69th Infantry Division. Shortly after, the 272d Infantry was sent overseas, first to England and then to France, Belgium and Germany. In March 1945, the 272d Infantry occupied the front line position of the Siegfried Line, pushing back the German Army, before advancing to the Rhine River. The 272d continued its path across Germany, capturing Fortress Ehrenbreitstein and clearing over 35 towns along the way, including Leipzig. The 272d Infantry eventually made contact with the Russian Army in Berlin in late April, after the Russian Army had already taken the city. The war in Europe ended with V-E Day a few days later. Colonel Buie was immediately transferred to the Pacific Theater, where he served as Chief of Staff for the 25th Infantry Division and was present for V-J Day. After the war ended, Buie stayed in occupied Japan at the headquarters of General Douglas MacArthur’s Far Eastern Command. He returned home to the United States and retired from the military in 1954. He held various government positions after retirement, including with the Federal Civil Defense Administration and the Office of Emergency Preparedness. Buie died in 1986.

Colonel Walter D. Buie’s military legacy is not only that he led his “Battle Axe Regiment” (the 272nd Infantry) in combat, helping to secure the Allied victory in Europe, but that he also had the thoughtful foresight to direct his Information and Education Officer, 1st Lt. E. Cline Fletcher, to assemble the material and publish “The History Of The 272 Infantry,” a hardback 176-page book outlining a timeline history of the “Battle Axe Regiment” in WWII.

After V-E Day, being in Leipzig with his Regiment, Buie had the book printed and distributed to all of his soldiers. This publication lives on today as an amazing historical reference of the 272nd Infantry and their accomplishments.

Centurion Auctions is an industry leader in the valuation, marketing, and sale of historically important firearms, military collectibles, documents, and arms. Centurion conducts speciality auctions in both Firearms and Wartime Military Collectibles. Firearm auctions are focused on antique, modern, sporting, collector, and military firearms, as well as NFA machine guns. Wartime Military Collectible auctions center on medals, awards, edged weapons, cloth, headgear, uniforms, gear, and the like. Each auction is comprised of collections from around the globe, to include individuals, dealers, trusts, estates, museums, and life-long collections. Acquisition teams travel nationally in the acquistion of collections and important items. If you are selling firearms or wartime collectibles - contact Centurion for a complimentary consultation. 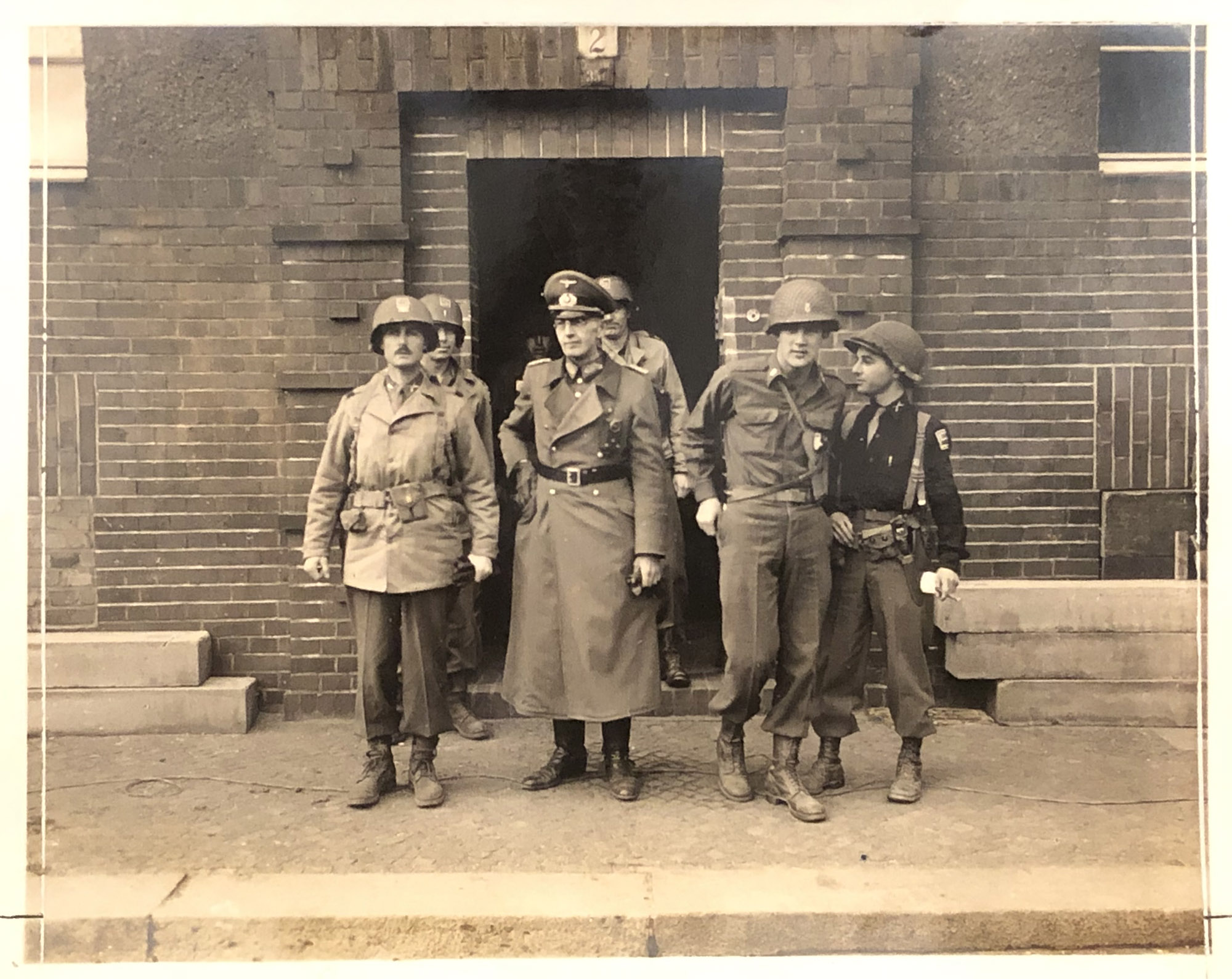 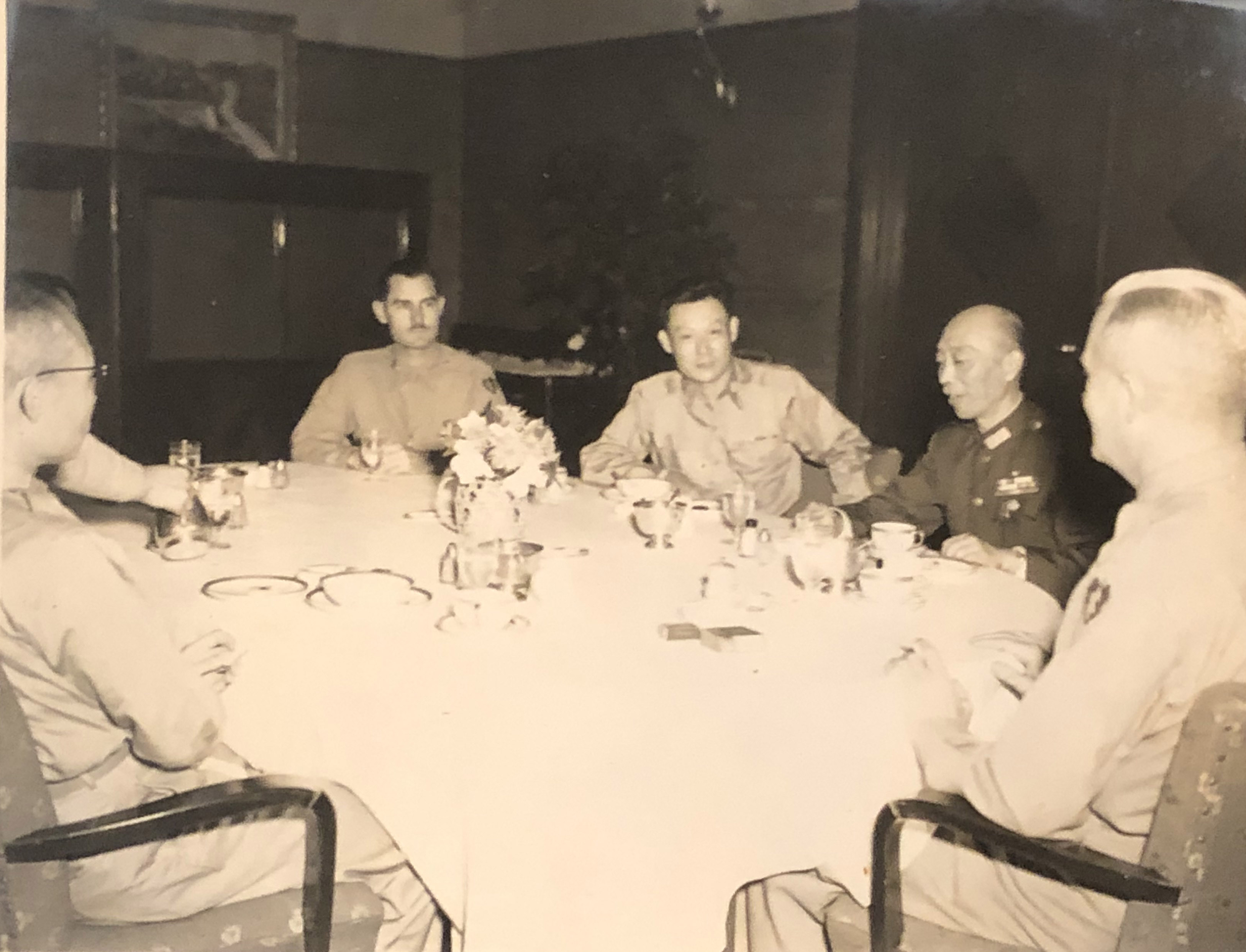 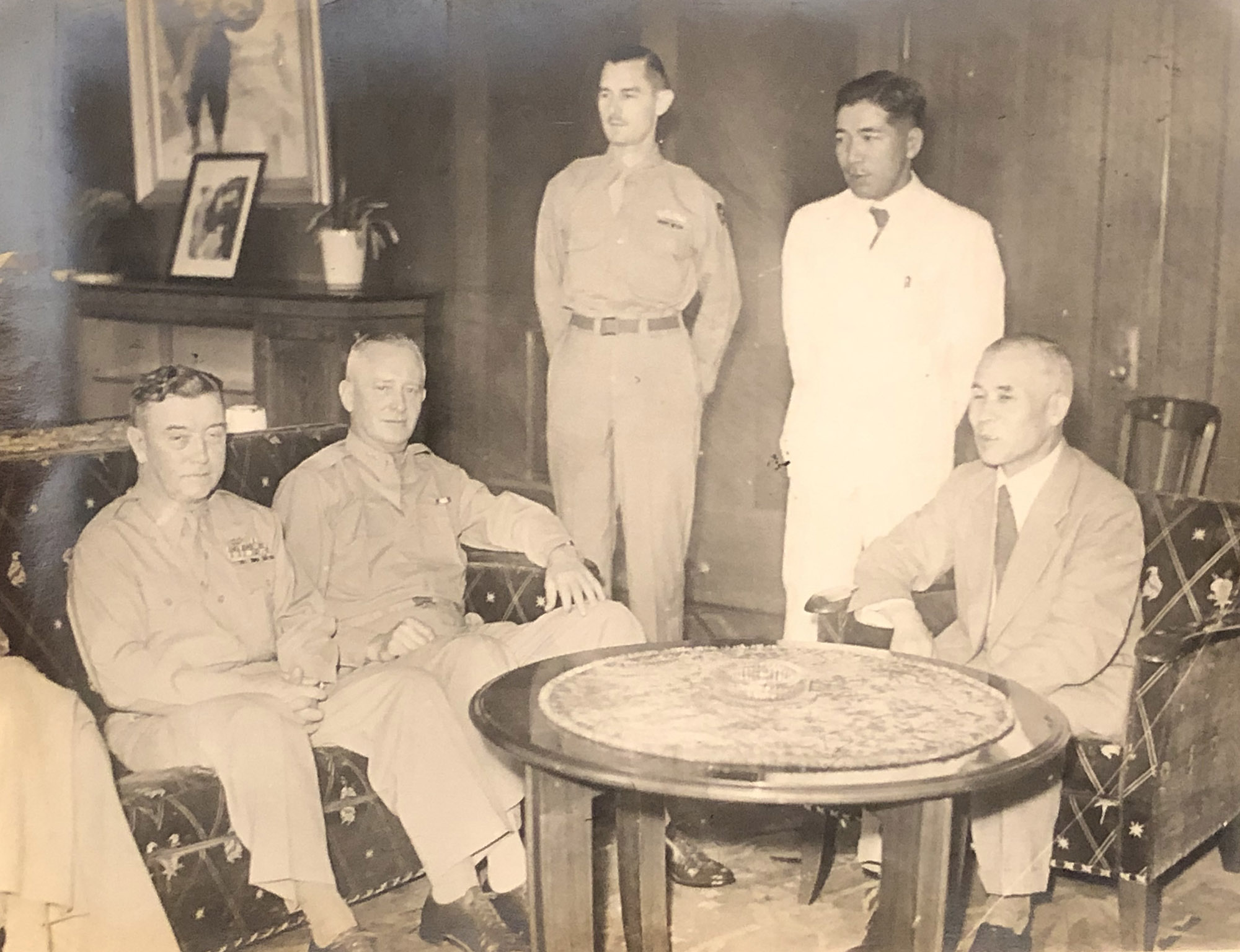 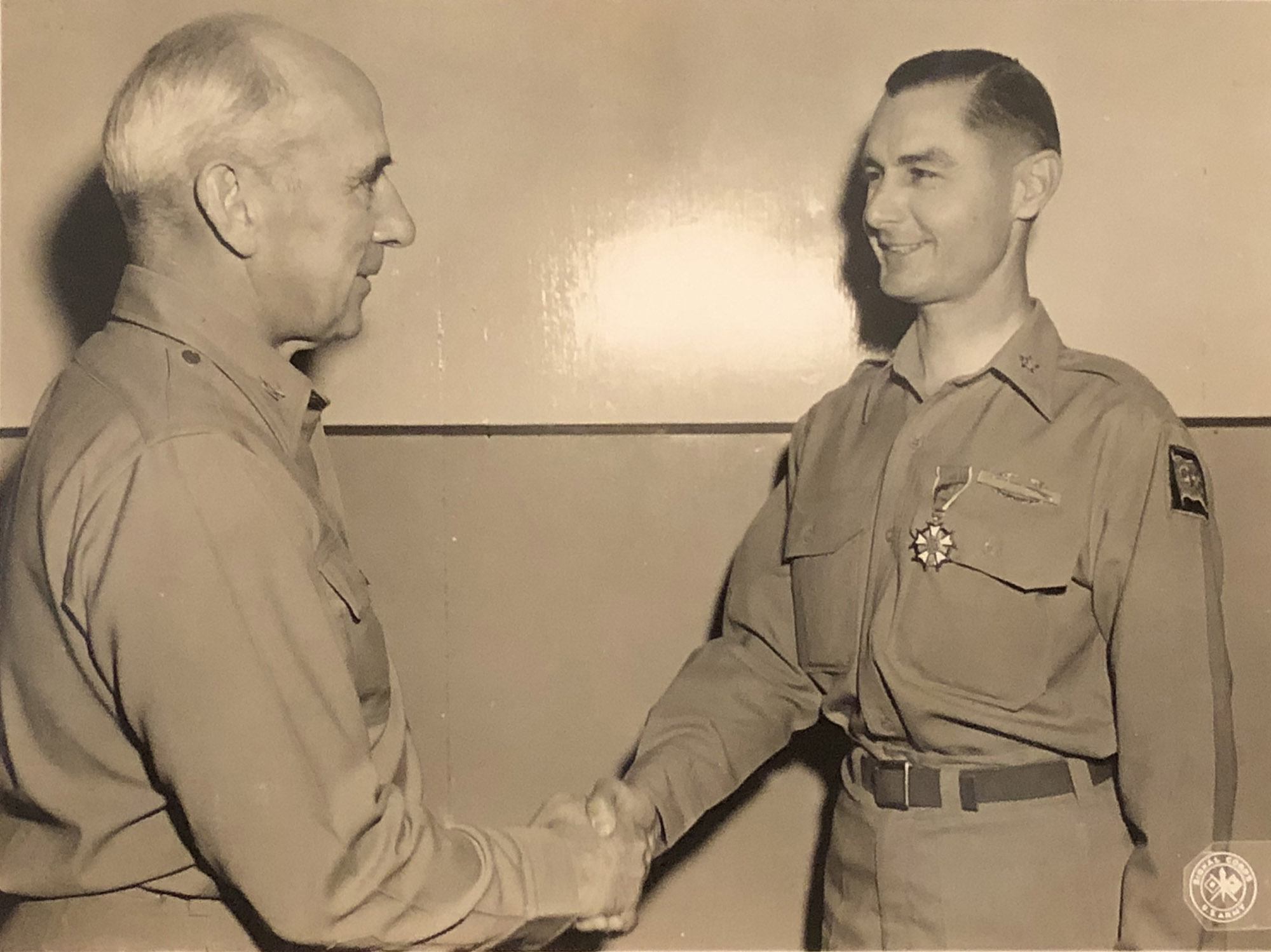 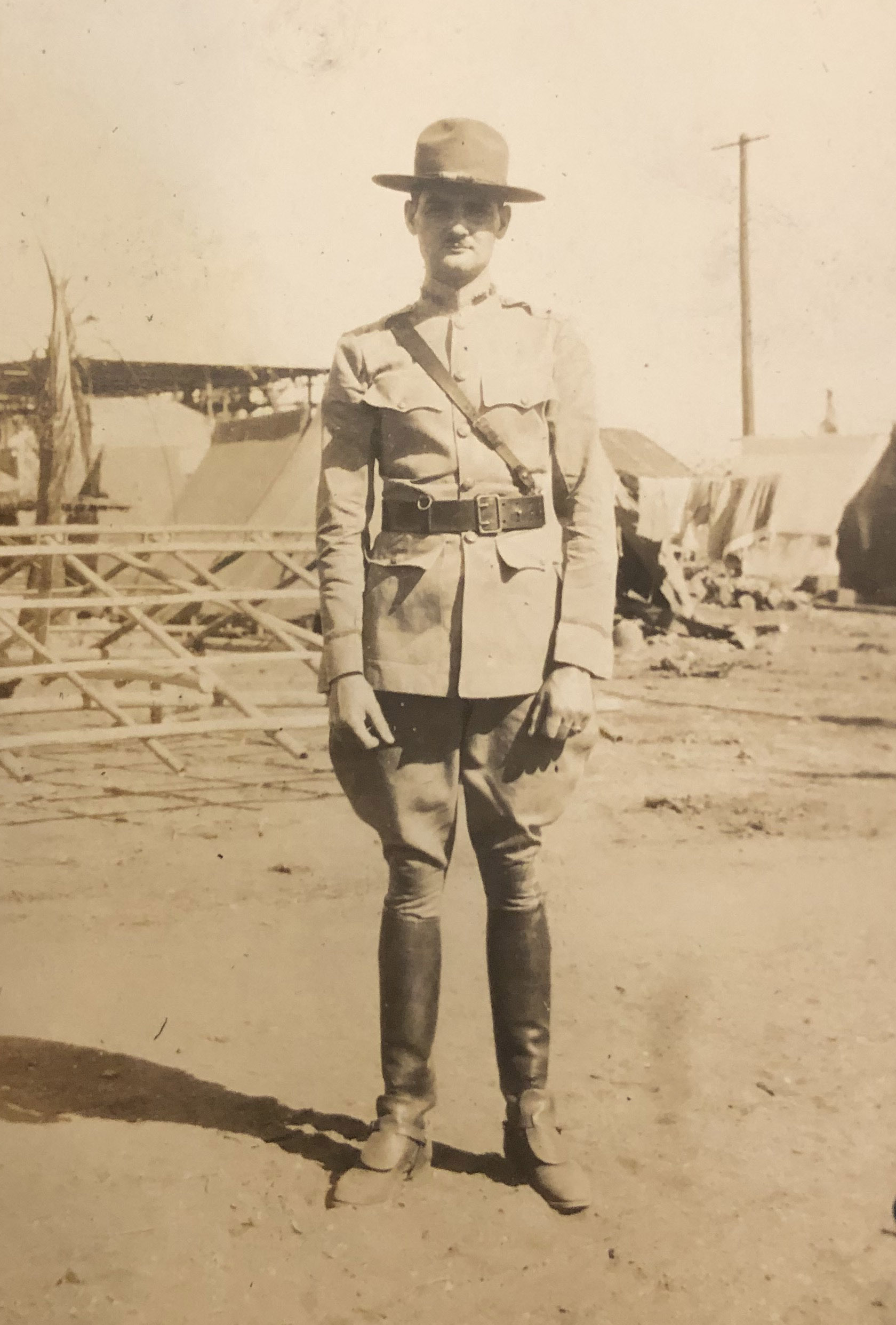 A young Officer Walter Buie. Photo dates to the 1920's. 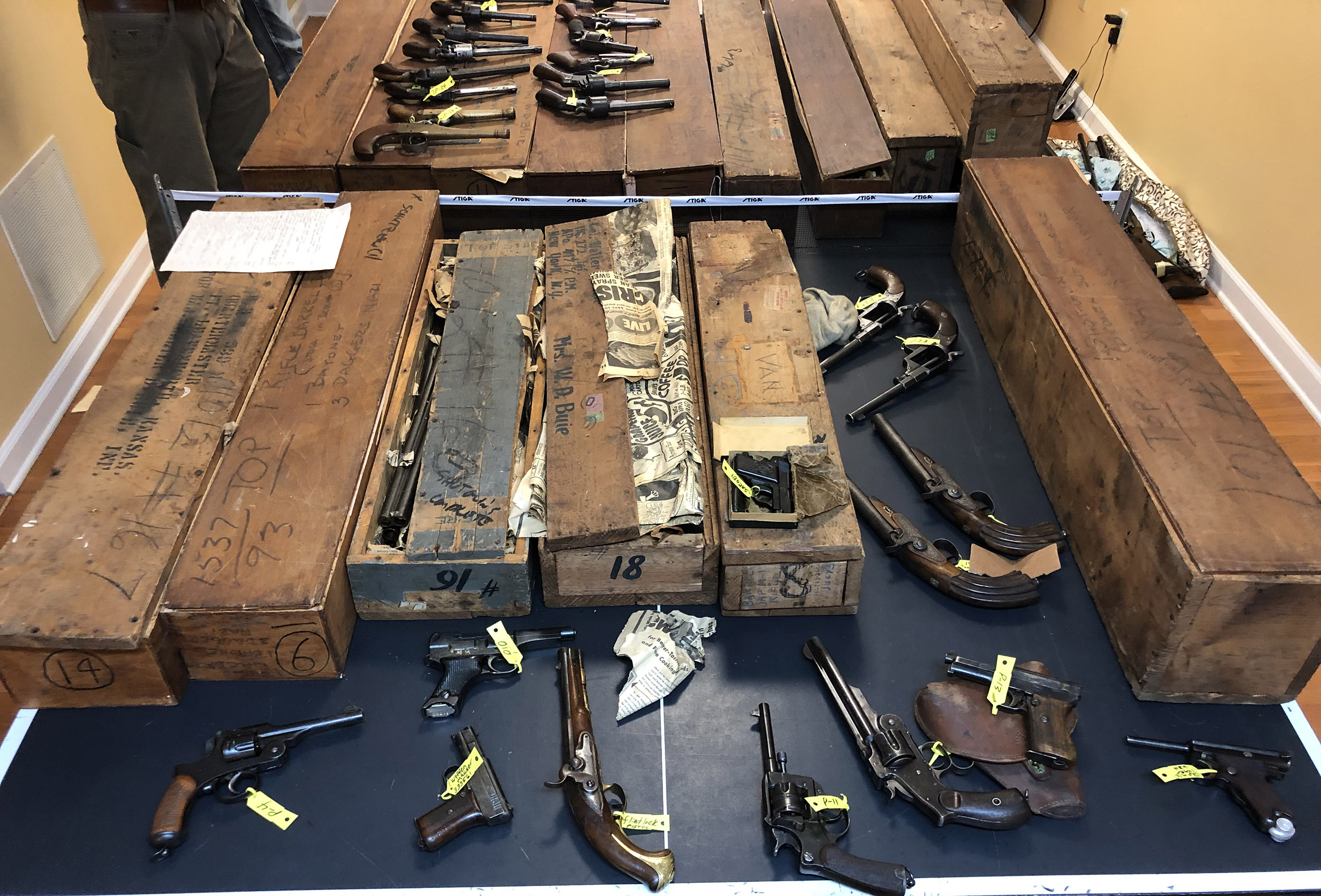 Colonel Walter Buie WWII War Trophy Firearm Collection Displayed in Original WWII Wooden Shipping Crates in which they were shipped home from the European and Pacific Theaters and recently found. 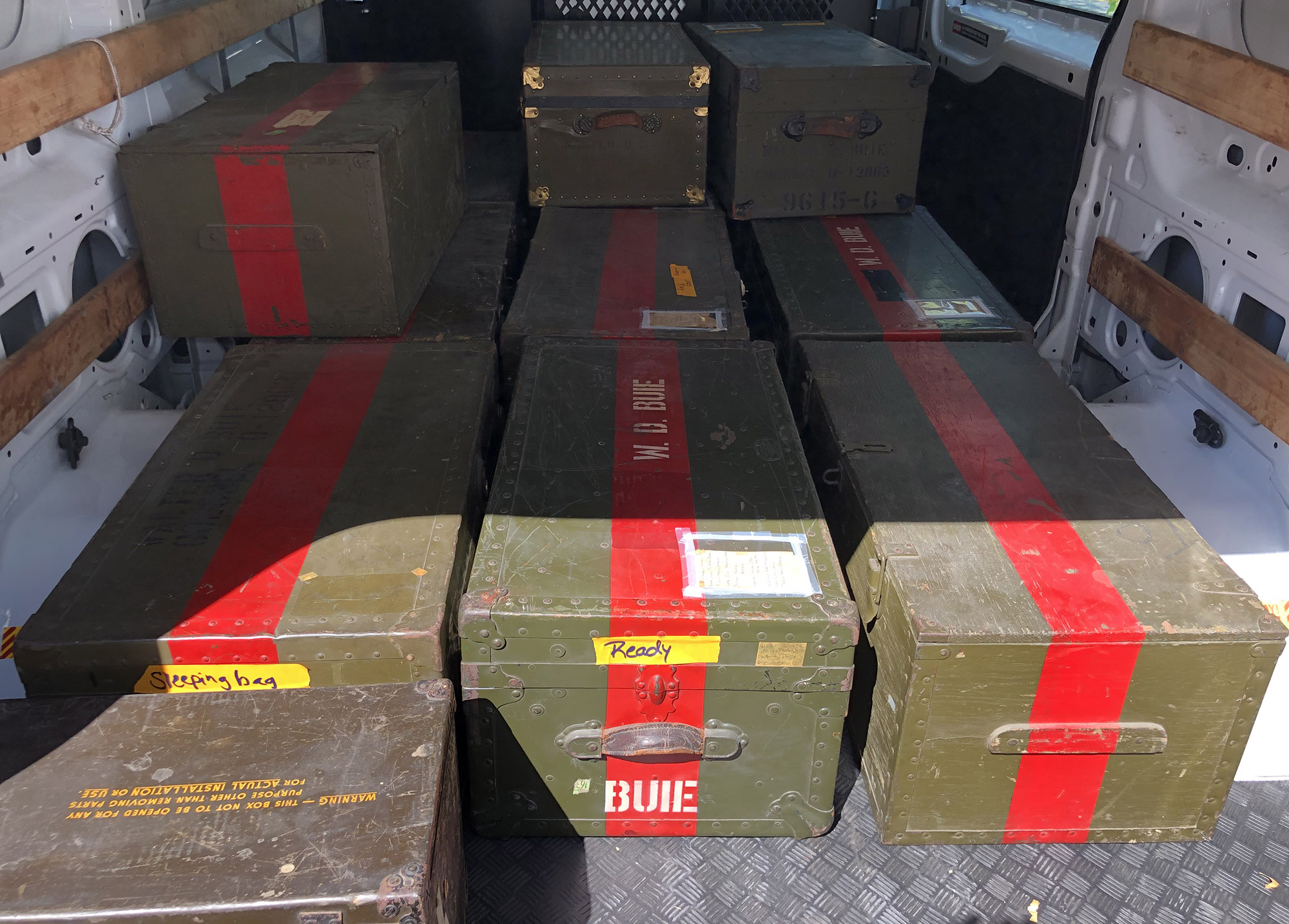 Colonel Walter Buie WWII War Trophy Militaria Collection Stored in Original Period Trunks in which they were shipped home from the European and Pacific Theaters and recently found.

The following is a list of the Colonel Walter Buie firearm inventory:

The following is a list of the Colonel Walter Buie wartime collectible inventory: