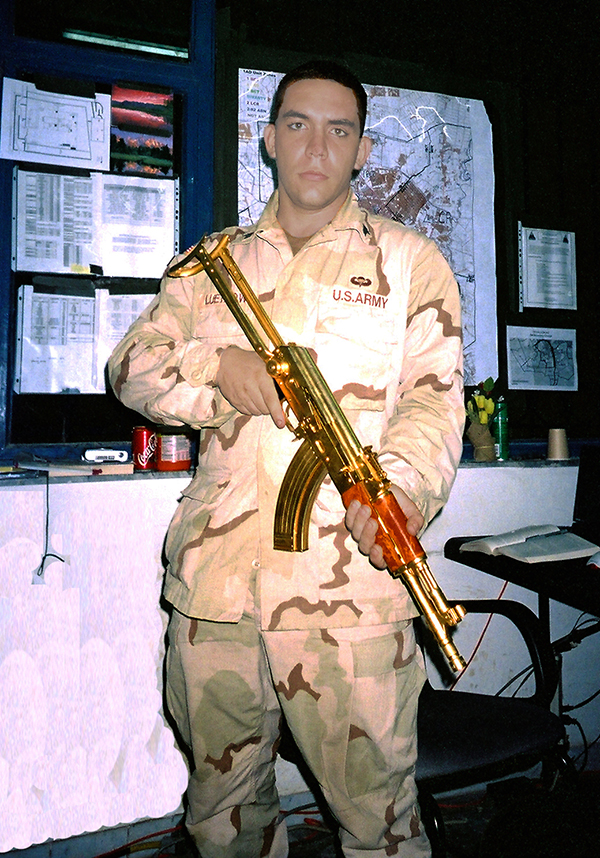 About the firearm collection, as told by consignor Nick Luetzow:

Thank you for taking the time to peruse the lots that comprise a collection I have been putting together since the late 90s. I grew up seven miles from Parris Island, SC listening to the report of rifle ranges and the engine test of F-18s at the nearby air station. I began target shooting around the age of 10 and learned to love the 22lr caliber-especially in pistols, which is obvious by the number of 22s in the auction.

In 1996, I joined the Army, working as a Combat Engineer. I served in Panama, Dominican Republic, South Korea, and was part of the 82nd Airborne’s advance group up Highway 8 in the initial Operation Iraqi Freedom invasion. The 130 engineers in my company removed or destroyed over 100,000 tons of Iraqi munitions over the course of our year-long deployment.

I began collecting in 1996, starting with a WW2 collection, containing US, German, Japanese, and Soviet pieces. It grew from there to include many very good examples of WW1 long-arms, and many rare examples of pre-great war US rifles. As you browse the auction, you will see many rare 50-70 & 45-70 US issue rifles; all well over 100 years old. There is an example of every general-issue trapdoor Springfield rifle, many in excellent condition, also the rare Ward Burton in 50-70 and chaffee reese in 45-70. The collection also includes choice Walther and Hammerelli Olympic pistols. Also, be sure to take a good look over the many bayonets, and you will find quite a few which are hard to come be in today’s marketplace.

I’d like to thank you for taking the time to look through the many items that I have collected over the years; they have meant a lot to me, and I hope you and/or your family will get as much enjoyment from owning one or many pieces as I have calling them mine.

You may also view all of the lots within the Nick Luetzow Collection by visiting our Online Catalog and typing "Luetzow" in the search box.