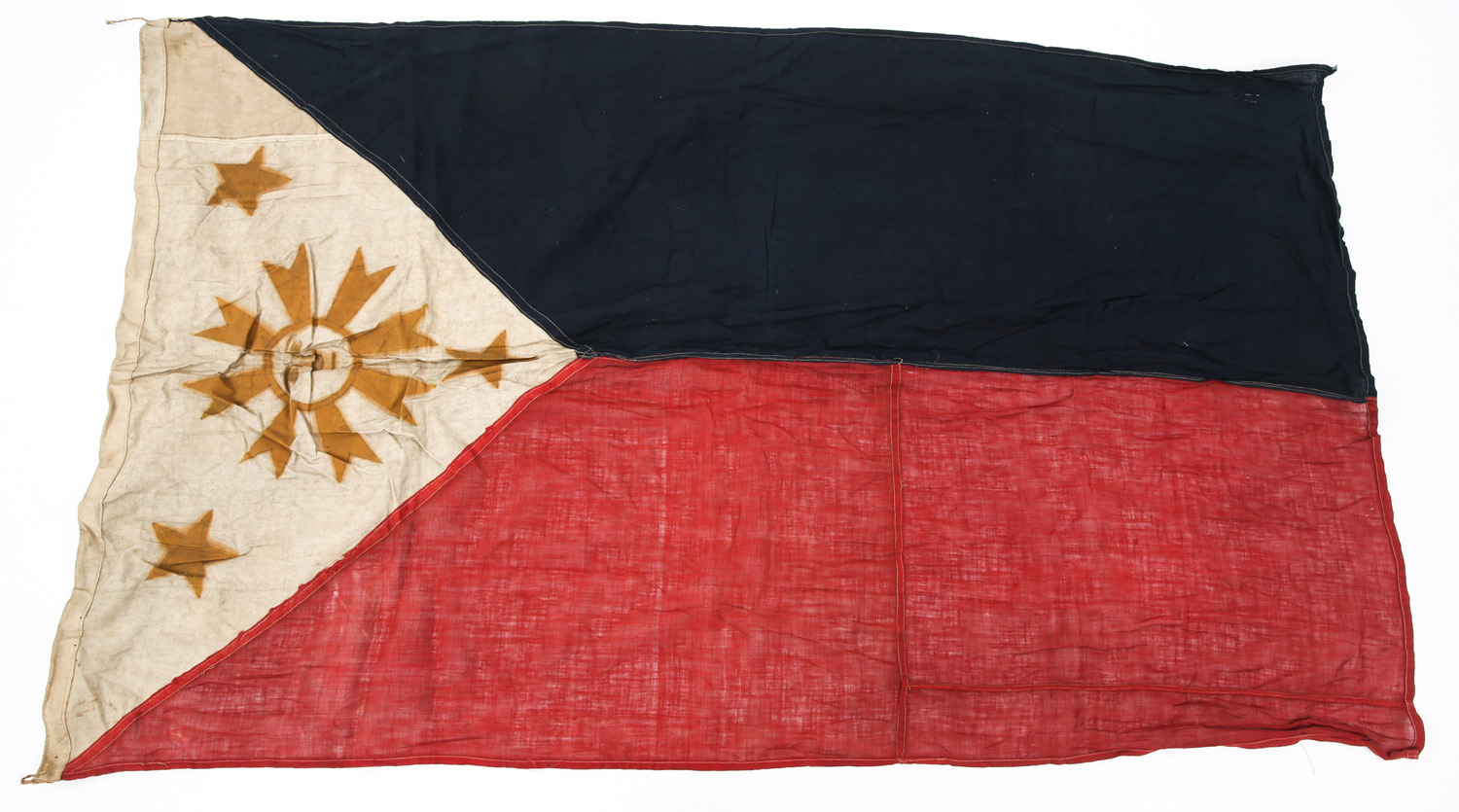 The flag is constructed from multiple pieces of light cotton fabric having hand-drawn and painted "Sun of May" and Stars.

Also selling in this auction was a second First Pattern Philippines battle Flag with framed provenance letter. Multiple piece construction of light cotton fabric. Hand-drawn "Sun of May" and Stars. Measuring 26x39". This flag too was surrendered to Smith. Letter accompanying the flag states "Surrendered to Major Frederick Appleton Smith, 1st Infantry, by Captain Marcos Espinas at laguna, July 1901." Under extremely strong bidding, this flag rose to achieve a hammer price of $23,400.

Historical National Flag:
The original flag design was conceived by President Emilio Aguinaldo. Sewn by Marcela Marino de Agoncillo, Lorenza Agoncillo, and Delfina Herbosa de Natividad in Hong Kong and first flown in battle on May 28, 1898. It was formally unfurled during the Proclamation of Philippine Independence and the flag of the First Philippine Republic, on June 12, 1898 by President Aguinaldo. It contains a mythical sun (with a face) similar to the Sun of May in other former Spanish colonies; the triangle of Freemasonry; the eight rays representing eight rebellious provinces of the Philippines first placed under martial law by the Governor-General. Some flags carry the Spanish texts: Fuerzas Expedicionarias del Norte de Luzon on its obverse and Libertad Justicia e Ygualdad on its reverse, which means "Northern Luzon Expeditionary Forces" and "Liberty, Justice, and Equality" respectively.