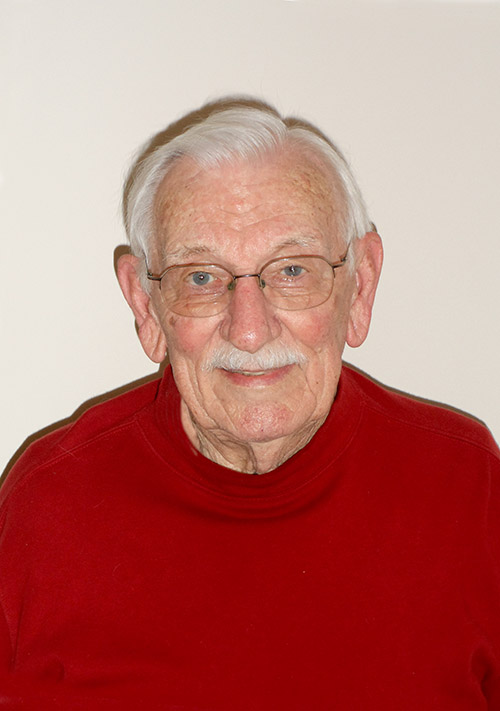 The Bedall collection is included in Session 1 of a 2 session May 2016 Militaria & Firearm Auction Event.

An Image Gallery of the Bedall Civil War Ordnance Collection is available at the bottom of this story.

We are sharing here, the story of Wilbur C. Bedall as told by his good friend, Sheldon Shank:

Mr. Bedall was born May 15, 1929, in Akron, Ohio.  From approximately age 6 to age 15, his family lived in Burkeville, Nottoway County, Virginia.  He attended grade school at Burkeville.

Mr. Bedall’s father managed Sunnyslope Orchard in Burkeville whose produce included apples and peaches.  As a boy, Mr. Bedall found scores of old lead bullets from the Civil War in the peach orchard portion of the farm.  Many an afternoon, Mr. Bedall’s pockets would be so full of the lead bullets he would have to hold up his pants with his hands to keep the weight of the bullets from pulling them down.

Here is the story of the Civil War bullets at Sunnyslope Orchard which young Mr. Bedall found easily and in abundance.

After General Lee’s surrender at Appomattox Court House, Union forces moved east to the area of Burkeville Junction.  Burkeville Junction was strategic for transportation, being located at the intersection of the South Side Railroad and the Richmond and Danville Railroad.  The South Side Railroad provided east-west access from Petersburg to Lynchburg.  The Richmond and Danville Railroad provided north-south access to its namesake cities.

A portion of the property which the Union Army occupied at Burkeville Junction became, in time, Sunnyslope Orchard.  During their time in this area, Union soldiers discarded surplus material on the property, apparently including lots and lots of bullets.

Many decades later, the sandy loam soil of this region made finding discarded, surplus bullets easy.  The 15 or so acres of peach orchard was cultivated periodically to help prevent brown rot.  When hard rains came, the cultivated, sandy loam soil easily washed out.  As the surface water washed down gentle slopes, the heavy lead bullets, carried by the rain run-off, congregated in the low spots of shallow wash-outs.  The exposed bullets with their bright, white oxidized outside layer were an easy find for the curious schoolboy.

One of Mr. Bedall’s childhood pastimes was casting toy lead soldiers using a mould he had received as a childhood Christmas present.  The Civil War bullets provided much metal for casting these soldiers.  Mr. Bedall melted these bullets in a spoon by holding spoon with bullet(s) in the flue damper of the kerosene heating stove that sat in the living room of his family’s home.

Mr. Bedall excelled at finding things from childhood.  One day as a boy, while waiting at the end of his driveway for the school bus, he found an 1840 half-dime in a mud puddle.  In those days, one could buy stamps from the mail carrier by leaving money in the mailbox to pay for the purchase.  Mr. Bedall speculates that the coin was dropped at some point in the exchange between mail carrier and stamp purchaser.  He still has the half-dime in his collection today.

In the 1980s, Mr. Bedall was introduced to relic hunting by a friend.  The friend had a spare metal detector and took Mr. Bedall to relic hunt near Cross Keys Civil War Battleground in the Shenandoah Valley.  Mr. Bedall was unfamiliar with metal detectors and their operation, he queried his friend repeatedly about detector signals as he tried to figure out exactly what it was that he was supposed to be doing.  “Should I dig this signal?  Should I dig that signal?”  Eventually the friend told him he was just going to have to figure it out himself.

About three signals later, Mr. Bedall heard a strong, steady signal; his friend confirmed that this was a good signal.  Mr. Bedall started to dig.  At 12 inches deep he had not found anything but the signal was still there and stronger.  About 6 inches deeper Mr. Bedall struck something with his shovel that felt and sounded like a rock.

It wasn’t a rock.  It was a Hotchkiss 3.67” shell which had been fired from a Union cannon.  The shell was intact and complete except for the anvil!  On his first expedition, Mr. Bedall had made a significant find.  Mr. Bedall related that this find “lit him up like 110 volts of electricity lights up an incandescent light bulb”.  This began a 30 year career as Civil War relic hunter extraordinaire.

Mr. Bedall has also relic hunted on private land near to Fort George (Castine, ME), an earthworks fort built in 1779 by Great Britain during the American Revolutionary War.

Mr. Bedall documented his many relic discoveries.  He always obtained permission from private landowners before he hunted relics on their property.  The first time he would dig relics on an owner’s property, he would often take them and show them where he had dug a signal and the replaced the soil and sod so there was almost no evidence of his having disturbed the ground.

Mr. Bedall discovered thousands of Civil War bullets and hundreds of Civil War artillery shells.  Near Culpeper, VA, he once found 1600 unfired and discarded bullets in a latrine area where the Union Army (under General Hancock) had camped the winter of 1862.  The Union Army had standardized on 58 caliber Springfield rifles and ammunition at the time.  The bullets that were discarded were for other arms of other calibers:  54 caliber, 68 caliber and 69 caliber.

Many of the Union Army artillery shells were Hotchkiss patent shells.  These shells were made in three parts:  a nose section containing the explosive charge, a cast iron cup fitted on the bottom, and lead band sabot cast around the middle.  Upon being fired from a cannon, the cup would compress the lead band sabot causing it to expand and fill the rifling of the cannon barrel.

A variety of fuzes were used to cause the black powder charges inside the shells to explode.  One simple type of fuse was a tapered “cigarette” style fuse with a compressed column of black powder inside instead of tobacco.  [This is called a simple combustion delay element.]  The muzzle flash from the cannon would ignite the end of this type of fuse; the length of the fuse and how it was assembled determined how long the fuse burned before it the spark got to the black powder.  Fuses were timed for 5 seconds, 10 seconds, etc.  A 10 second fuse could be “adjusted” to be an 8 second fuse by “cutting the fuse” shorter according to marks on the side of the fuse body.

Early Hotchkiss shells had a round middle profile; one problem of this design was that some percentage of the “cigarette” type fuses failed to light from the muzzle flash.  Later Hotchkiss shells had three grooves cast length-wise and equidistant around the perimeter of the shell.  The flash from the black powder firing charge could reach and ignite the fuse during the shell’s journey down the barrel of the cannon, thus reducing the percentage of shells with unlit fused that never exploded.

Some of the artillery shells that Mr. Bedall found were still armed with live mechanical percussion fuses and lots of old black powder packed inside.  Mr. Bedall carefully disarmed these shells and removed the black powder.  On one occasion after he had dug most of the black powder out of an old shell, he then emptied the remaining residue by lighting it using a long fuse.  From a safe distance Mr. Bedall watched the black powder light off, emitting a gigantic puff of smoke the size of several train boxcars.

Mr. Bedall found scores of pieces of shrapnel from artillery shells that had exploded.  Sometimes an artillery shell was fused to explode in the air and sometimes it was fused to explode when it hit the ground, called a ground burst.  When Mr. Bedall would locate the area of a ground burst shell, sometimes numerous pieces of the shrapnel would still be close to each other.  Mr. Bedall would dig the area of the ground burst, keeping the pieces of shrapnel together.  Later, after he had cleaned the shrapnel, removing dirt and rust, he could see how the pieces fit back together.  Mr. Bedall re-assembled numerous ground burst shells.

One groundburst that Mr. Bedall dug was in a garden in New Market on the land of a Mr. Register.  The groundburst was a 3½” shell; when he was done excavating all the shrapnel he could find he had a hole 3 feet in diameter and 3 feet deep.

On at least one occasion, Mr. Bedall found shrapnel from 2 ground burst shells in the same immediate area.  After all the pieces were cleaned, he was able to re-assemble not one but two nearly complete shells, all the shrapnel coming from the same small area of the battlefield.

Mr. Bedall has discovered many other kinds of metal relics, like buckles from belts and shoes, buttons from uniforms, and shoes from animals (horse, oxen).

An uncle to Mr. Bedall lived in a home in the Fan District of Richmond, capital of the Confederacy.  One day while working on his furnace, the uncle knelt and his knee landed on a hard object.  Hurting as it did, the uncle did not want to kneel again on the object so he stuck it in his pocket.  Back upstairs he discovered he had found a button from a Confederate soldier’s uniform.

After years passed, Mr. Bedall’s cousin, the daughter of his uncle, lived in the same Fan District house.  Mr. Bedall asked her if he could look around in the basement and she gladly agreed.  Mr. Bedall found three more Confederate uniform buttons that matched the one found by his uncle.  He also found a New Jersey uniform button.  Uniform buttons could be hard to come by in the Confederacy, likely the soldier had lost one of his original buttons and replaced it with what was available on the battlefield, the button from the uniform of a soldier from New Jersey.

Mr. Bedall has found melted puddles of lead bullets at places of soldier campfires.  One possible explanation for these melted bullets is entertainment, the soldiers tossed the lead bullets into the fire to see them melt.  Another possible explanation is that cold, tired soldiers wanted a warm fire fast and easy, so they used their musket loads of gunpowder and bullet as accelerant for starting their fires like we might use kerosene today.

Types of Fuses for Shells in Mr. Bedall’s collection:

Considering selling firearms or militaria? Contact Centurion Auctions for a complimentary evaluation. Centurion is a national leader in the acquisition, marketing and sale of firearms and military collectibles / artifacts. Whether you are selling a large collection or a single piece. Centurion travels nationally and offers the best commission rates in the industry, excellent service, guaranteed price results, and an unparalleled marketing and sales platform. Submit your inquiry online today.